The Verge - All Posts
2 Shares 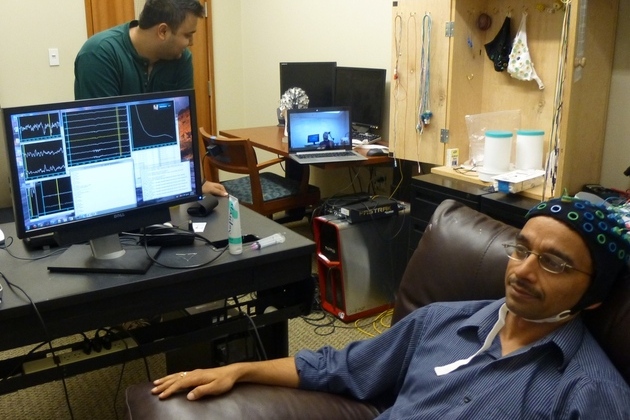 It might sound rather frightening to have your arm move involuntarily, controlled by some unseen puppet master — but for researchers at the University of Washington, it represented a major breakthrough in human-to-human brain interfaces. Using a non-invasive brain-to-brain setup, a researcher in one lab was able to send a signal from his brain to control the movements of a second researcher in a lab on the other side of campus. It's believed to be the first human brain-to-brain interface; previous demonstrations have featured rat-to-rat and human-to-rat communication.

First, I want to say that my heart goes out to all of you describing terrible working conditions, bad management, and so on. I have huge amounts of sympathy for you all.

Health is more important than anything else. If your job is driving you crazy and giving you high BP, my prescription is, 'Try, try, then quit'. Try to change things, talk to management, work to create the workplace you desire. Try again, I'm sure you feel like you've tried a lot, but people aren't mind-readers... make sure you've had serious conversations with the right people. However step three is quit. Send resumes and get the hell out of there.

It is vitally important that we don't feel any guilt about leaving a bad job, especially if we've made a "good faith effort" to turn things around (as I'm sure you have). Just like when people being laid off are told, heartlessly, "Sorry, it was a business decision" there are times you have to tell a company, "Sorry, it was a personal decision". (I want to acknowledge that not everyone is in a position where they can just up and leave. Being able to do so is quite a privilege, but I think people that work in IT are more likely to be in this position than most fields.)

There are two reasons we shouldn't feel guilt about leaving these kind of "bad jobs". First, our health is more important than anything else. Second, it is important that we don't try to 'save' companies that are intrinsically bad at IT management. I say this not as a joke and I don't say it lightly. If you feel a company is incurably bad at IT, it makes the world a better place for that company to go out of business. IT is the lifeblood of companies. It is a requirement for nearly any facet of business to function in today's world. Companies that treat IT has an appendage are dinosaurs that need to be left to die.

IT is not a "speciality". It is a skill everyone should have. Any CEO, COO, or VP that doesn't understand IT and IT MANAGEMENT that ALSO thinks they don't need to understand it is fooling themselves. Expecting only the people in the IT department to have IT and IT management skills is insane. Expecting that IT and IT management astuteness only needs to be found in the IT department is insane. Companies don't have a 'math department' that people run to any time they need to add, subtract, multiply, and divide. They expect everyone to have basic math skill and only turn to mathematicians for advanced or specialized mathematics. Similarly a modern company must expect that every staff person understands the basics of IT and every manager, VP, and CxO executive should be expected to understand IT and IT management as it is a fundamental, essential, part of doing business.

IT and IT management is as essential to a business as accounting is. You don't expect your CEO and other managers to be experts at accounting, but you expect them to understand a lot more than just the basics. However if, during a job interview, you learned that the CEO didn't know that accountants existed, or thought financial statements "magically wrote themselves" you would run like hell as fast as possible, right? You would reject any job offers and hope, for the sake of the well-being of the economy, that such a company disappears as soon as possible.

Why wouldn't you do the same for a company that treats IT and IT management like that?

Market researcher Clotaire Rapaille was interviewed for an episode of Frontline on advertising and marketing back in 2003. I like what he had to say about the differences in how the French and Americans think about cheese.

For example, if I know that in America the cheese is dead, which means is pasteurized, which means legally dead and scientifically dead, and we don't want any cheese that is alive, then I have to put that up front. I have to say this cheese is safe, is pasteurized, is wrapped up in plastic. I know that plastic is a body bag. You can put it in the fridge. I know the fridge is the morgue; that's where you put the dead bodies. And so once you know that, this is the way you market cheese in America.

I started working with a French company in America, and they were trying to sell French cheese to the Americans. And they didn't understand, because in France the cheese is alive, which means that you can buy it young, mature or old, and that's why you have to read the age of the cheese when you go to buy the cheese. So you smell, you touch, you poke. If you need cheese for today, you want to buy a mature cheese. If you want cheese for next week, you buy a young cheese. And when you buy young cheese for next week, you go home, [but] you never put the cheese in the refrigerator, because you don't put your cat in the refrigerator. It's the same; it's alive. We are very afraid of getting sick with cheese. By the way, more French people die eating cheese than Americans die. But the priority is different; the logic of emotion is different. The French like the taste before safety. Americans want safety before the taste.

srsly
reply
KAREN. HAVE YOU BEEN KILLING CHEESE??
Atlanta, Georgia

ksteimle
With my mouth, yeah :) I was pretty close to sharing this, but the comment would've just been like "Karen's posting about cheese again, amirite?"

DGA51
reply
I get cheese from a local farmer who makes it from raw milk and sells it directly to consumers and through retail outlets.
Central Pennsyltucky

Michdevilish
reply
Never put your cat in the fridge
Canada

jsnklln
No wonder I have so much trouble with them.

cmg
reply
Unfortunately missing the accounting dialog box that opens to the side
Birmingham, AL

How to complete 'Snake' and accept the emptiness of life by Aaron Souppouris
Wednesday April 10th, 2013 at 5:33 PM

The Verge - All Posts
2 Shares 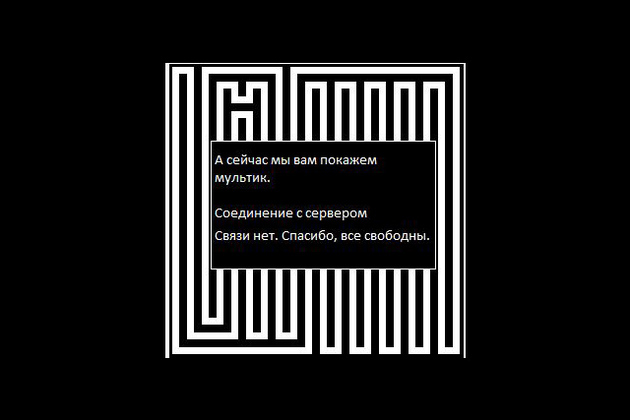 It takes 13 minutes and seven seconds to complete Snake, the decades-old game that enjoyed a renascence through Nokia's early mobile phones. 13 minutes, seven seconds, one hundred pellets. But what is this endless pursuit of pellets for? What reward lies at the end of this snake's insatiable desire for food? Nothing. Victory in life only results in death. Immortalized in a two-minute GIF, this foreboding tale of how reptilian consumerism breeds nihilism is a mesmerizing journey of birth, life, and death.

Hunting Down and Killing Ransomware by Mark Russinovich
Tuesday April 9th, 2013 at 6:27 PM

Scareware, a type of malware that mimics antimalware software, has been around for a decade and shows no sign of going away. The goal of scareware is to fool a user into thinking that their computer is heavily infected with malware and the most convenient...(read more)